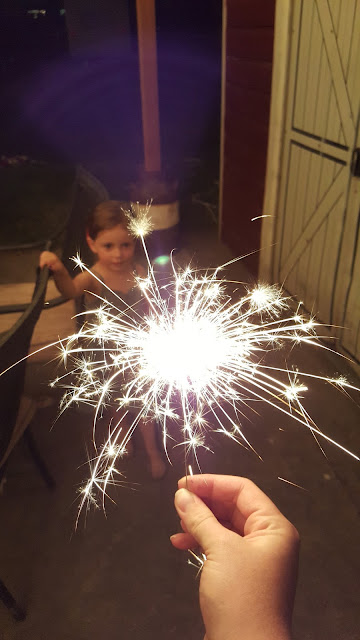 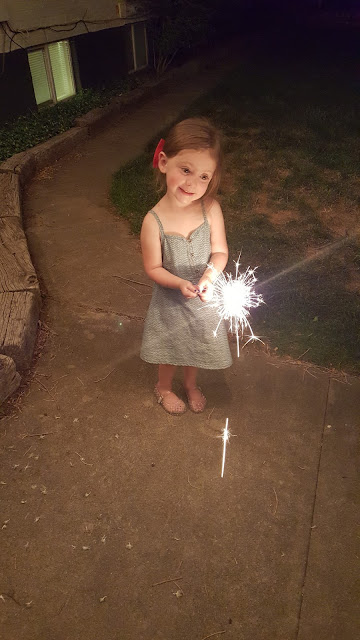 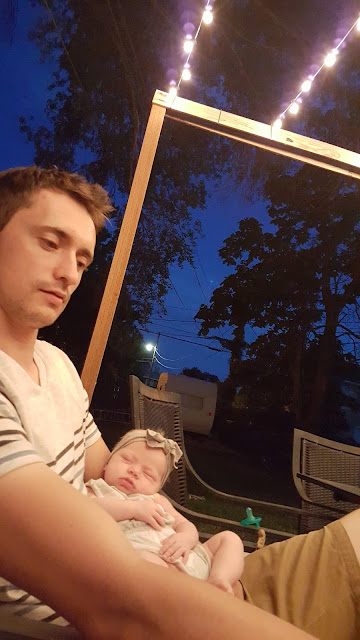 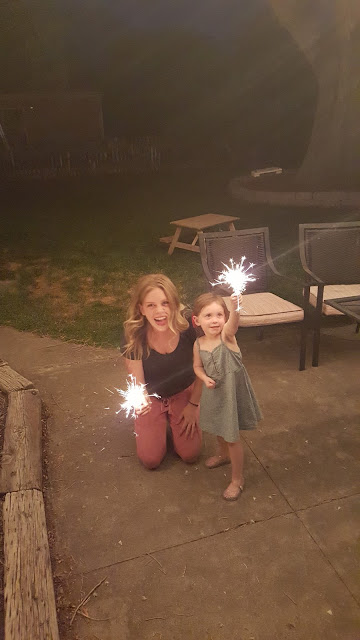 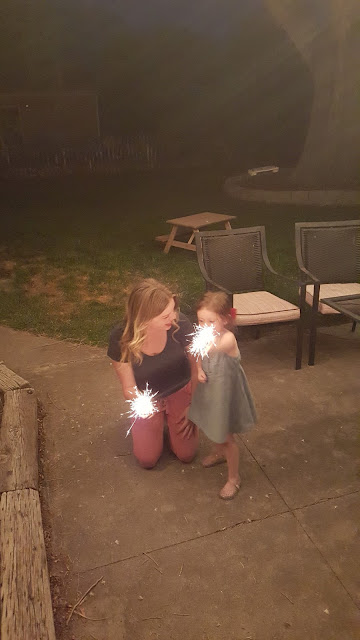 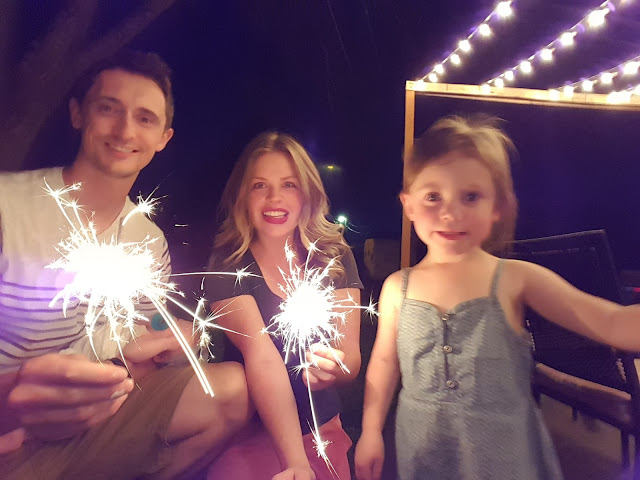 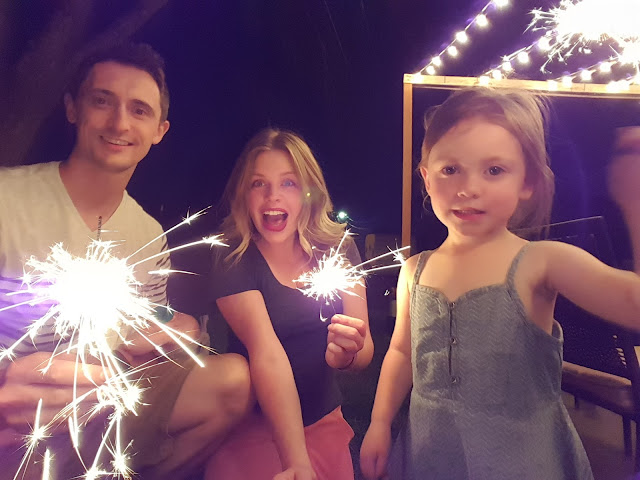 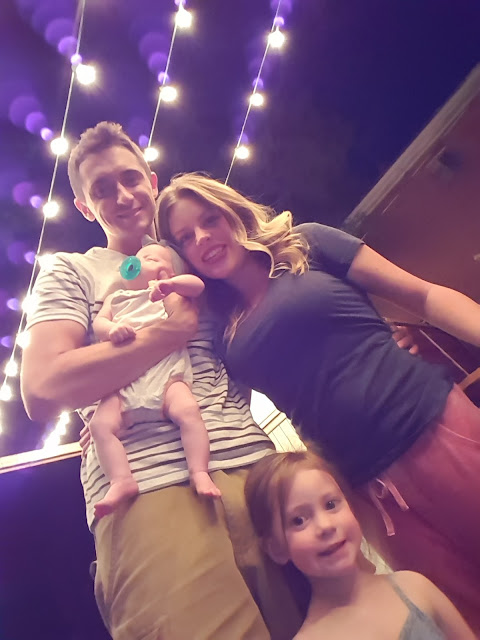 This year for the 4th of July we went to see the candy bomber drop candy all over the Scera Park with 10,000 other people. (he flew directly over our house twice later that night while we were outside painting our trailer and that was way cooler if i'm being totally honest.)

Bayli and Everli had lots of fun outside this weekend, playing in the sprinklers, reading books on a picnic blanket, running around naked. you know the drill.

on the evening of the 3rd we played with sparklers and "pops" fireworks in our backyard as a little family. normally we would be over at a friend or family members house celebrating with them but this year we spent the time as just the 4 of us, it was different but very very wonderful.

that Saturday the 4th, garrison and i went to the stadium of fire and left the girls with his parents. one of our friends had extra tickets from his work and he was kind enough to give them to us. this year Journey was the main performer. i grew up listening to that band. they were my favorite of all my dad's "good music" so when i found out they were performing i had a mild heart attack out of excitement. that excitement didn't die out until a few days after the show. they were so good. and even though the lead singer has been replaced by a philipino guy, the show was still extremely enjoyable.

Email ThisBlogThis!Share to TwitterShare to FacebookShare to Pinterest
Labels: Holiday