with school starting, my work schedule changes also. because thursdays garrison has school late in order to take his last mandatory class before he graduates this december, which is only held at night. :( i have decided to work late on thursdays. so today, im booked from 3-9 which is great but, it is super different from the 11-4 schedule i've kept the entire summer. anyway, with this morning/afternoon i've decided to try and be productive. try meaning, don't push myself too hard because i need to keep my energy up for this late night of working but, doing some good, uplifting stuff. here's how the day's going.

slept in till 9:30.
brushed my teeth
started taking off my glitter toes, realized that it would take FOREVER. so, i multi-tasked and watched "Buried Treasure" on hulu. (where they went to a hoarder's house and found 150,000 dollars worth of "treasure" first advertisement i've found for being a hoarder. it made me never want to throw away anything again. heck, i'll live in that mess if it makes me that much money!)
finished my toes and realized that i don't like being alone in a quiet house, so i turned on "Tangled" for the second time this week. ZONED into the movie until she started singing "when will my life begin" which is basically a list of all the things she's done in half the amount of time i have today. it made me feel REALLY bad. thinking... this cartoon is doing all this stuff it would take me forever to do, and i definitely wouldn't be singing while doing it. yeah. you would feel bad too.
then i realized that it's almost 11 and i still haven't eaten (don't tell garrison, he hates it when i skip meals)
while still watching tangled i ate breakfast

SiDe-TrAcK: Valeri's opinion of Tangled.
-Love the new age vocabulary with the old story and dress, and city. makes it so much funnier
-the first half of the movie is entirely a comedy.
-Pascal the chameleon is my favorite side kick of all time.
-she has perfect toes.
-when she get's split ends, does the hair turn brown?
-im determined ANY girl after watching this movie would want 40 ft long hair.
-this movie is not just for girls, when watching from a boy's perspective. flynn ryder would be my hero.
-i have a cast iron frying pan, and that girl has MUSCLES to carry it around like that. they are heavy!
-i want floating lights on my birthday. 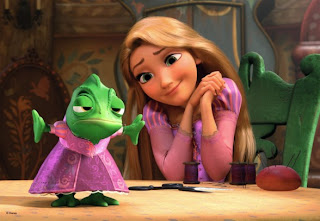 the rest of the day i am going to TRY and accomplish these things:
finish tangled
go grocery shopping
get gas for my car
quilt
start a new book

those are some pretty productive things i think. hopefully my aspirations aren't too high.

finally, due to the title of this post. "starting september" last night, i finished the work and the glory series. it was a goal of mine to finish them before the summer ended. well, the last day of august i finally finished! im sad to no longer know what happened with the steed family, but, i am excited to read some of the other books i've put on hold while reading this series. like, the help, and the nicholas sparks book i've had on my desk for months. which is why im excited for september. instead of being obsessed with reading, like i have been since january. so, with the start of this new school year, and the start of some pretty big changes. i am going to take as a challenge like the beginning of a new year. i want to write in my blog often. i want to keep reading, but not be obsessed with it like before, i want to quilt more, and finally, i want to commit myself more to work and mostly my family. let's see how this goes! wish me luck