as i sit at my kitchen table, on my new bench, that my husband lovingly made for me before he left on his work trip so that i could start to imagine the party for our daughter's 2nd birthday just a little bit better, because let me tell you. there is NO way that i could imagine a party with our closest friends and family and their kids in this tiny old house without this bench. anyway....i'm drinking hot chocolate because even though the calendar says its almost spring, my hormones and dry skin are just not buying it. so... i finished off the last of last year's roasted hazelnut hot chocolate.... and as i drink. i'm missing him.

he's over in Australia right now, it's the end of the summer over there. it's hot and humid, yesterday as i was skype-ing with him he told me that he had a sunburn and had just been bitten by a mosquito. i think he was trying to point out the negatives, you know, besides the beautiful sunrise that was just starting to say hello to the world as his plane landed, and the beautiful ocean views on that huge island so that i wouldn't be jealous but his tactics didn't work, i've never wanted a mosquito bite so bad.

tonight after he reaches the next stop in his boss's private plane, he is going to go with his boss to go see baby sea turtles hatch.

the night before he left, after forcing him to take lots of "selfie's" with me, we figured out just how many total nights we've spent away from each other since we've been married. the answer was 12. he's doubling our number with just one trip.

the last time he went on a work trip, i wrote about a blog post about it. i mostly talked about how difficult it was to take care of a child without another parent to help you out, but this time around the hardest part is that all we can do is text, and skype with the most terrible service you ever did see. 50% of the time our terrible service cut's us off, and the other 50% of the time one of us is trying to sleep. in summary, the last time he left i felt stressed and lonely. this time i feel... abandoned.

i am being soooo negative right now, i know i know. it really isn't all bad. it's so awesome that he is getting the opportunity to go and do, and see these things. and he already has admitted that it's making him want to do these kind of things more often with me, which makes me very happy. but right now i am crazy jealous, and seriously want to be with him, yet alas, it's only day 3 out of 14.

to keep myself from feeling sad, and thinking about the negative things, i've been filling my time with lots and lots of youtube makeup tutorials, (my favorite of which, lauren curtis, is coincidentally enough, an Aussie.) and have spent my fare share of mulah on new makeup products as well. my mom had surgery yesterday so i haven't been working, but starting tomorrow i have filled my days with clients at the salon hoping that it will make the days go by faster. and bayli and i have truly had sooo much fun. we have watched lots of movies together, and we went to the free pancake day at ihop yesterday, and we're not moping around. promise. she doesn't understand what's going on, so when she sees and hears her dad talking with her through the phone i swear she still thinks he's calling like he does everyday when he's on his way home to tuck her in at night.

she misses him in her own way. for example, we have tennants that live in our basement, and whenever they come in through our back door, we can hear it pretty clearly, and bay yells "dadda!?" it breaks my heart. and yesterday we were walking to a friend's house and we walked past garrison's truck that he parks a few houses down when he's away so that we don't clog up the busy street in front of our house with cars, and bayli run's ahead and knocks on the side of the truck hoping he is inside and will come out and play with her. she cried the entire way home from the airport after we dropped him off, and honestly so did i. it's amazing to see her little body starting to piece together emotions and i am truly sooo excited to see her reaction when he comes home. my expectations are high. :)

so, for now, bay and i are just trying to get through each day, knowing that each night we have to spend without him is one night closer to him coming home. and because my husband is my most loyal reader, to you i say: i love you, of course we miss you, and of course we're a bit sad, but we're doing just fine. Have soooo much fun with the turtles tonight. if there's a rule that says you can't take pictures of the turtles, break it. or your not allowed home. :)

here's one of my favorites from the night before he left "selfie session" we really are soooo bad at this kind of thing. :) 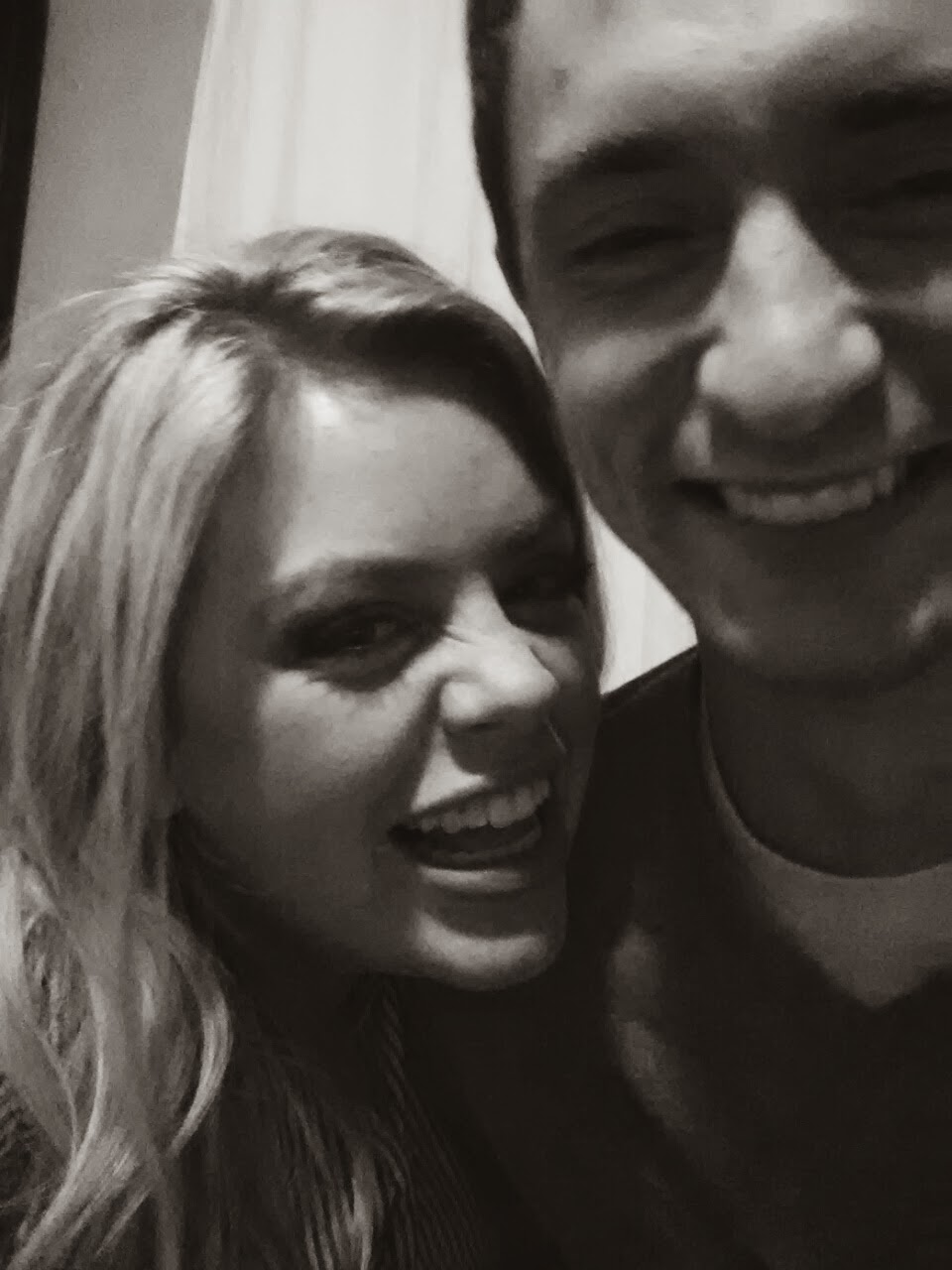