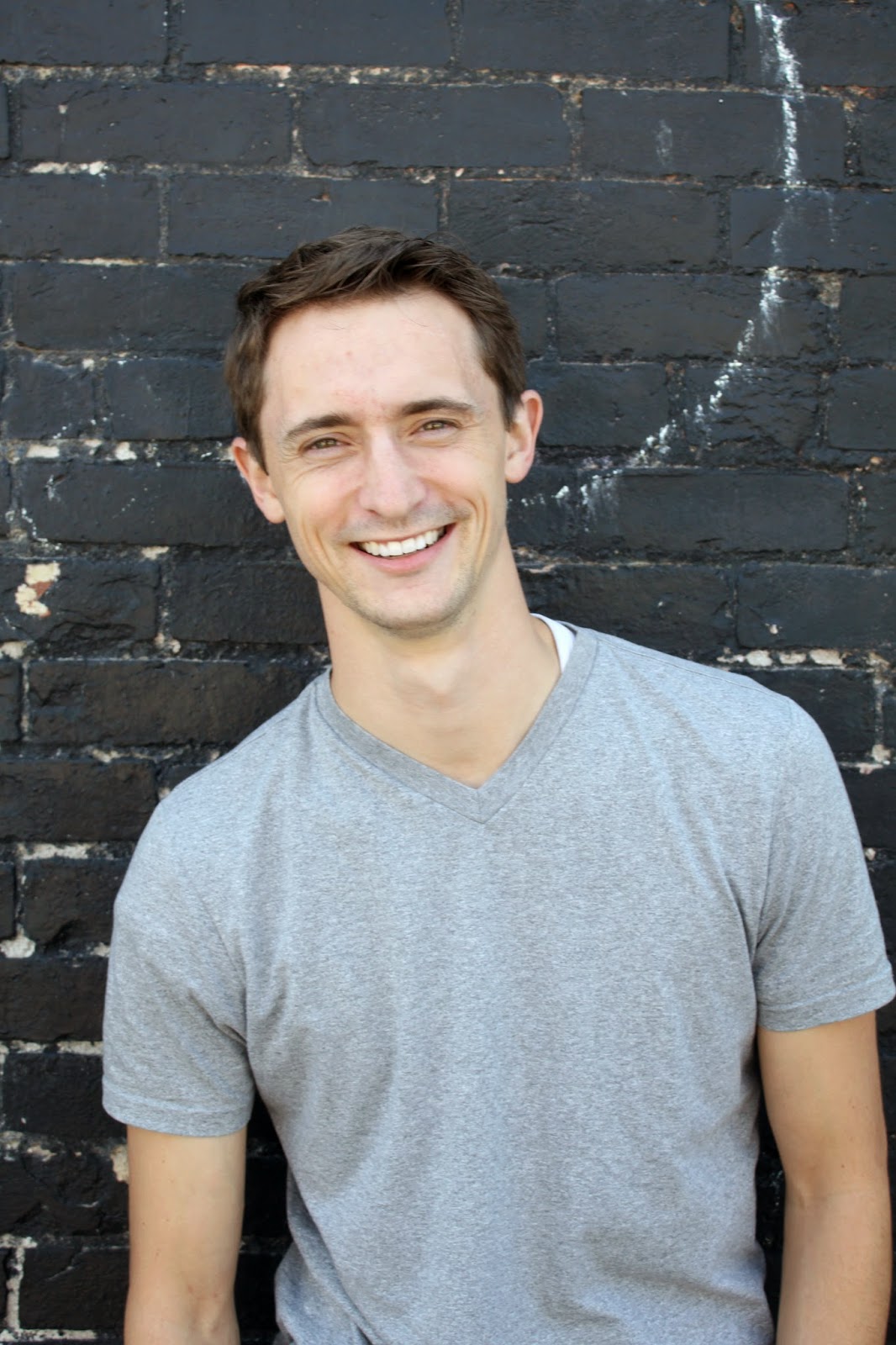 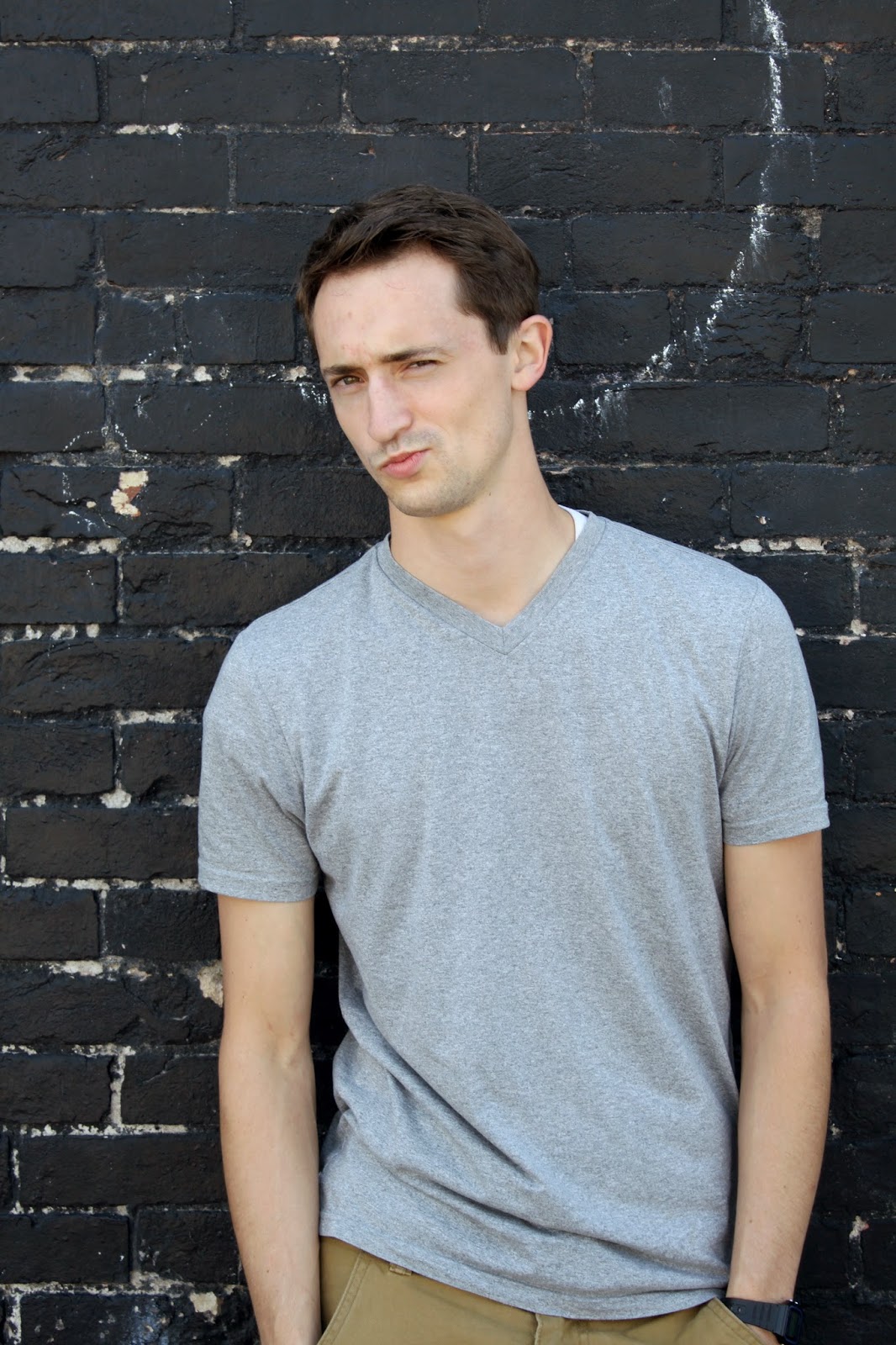 This handsome man had his birthday a long while ago, But, due to my laziness with writing on this blog, i'm only now getting around to writing about it. We decided to go camping in our almost done camp trailer (we just have to paint the exterior) so that we could test it out, and to have a little vacation before the weather got too terrible. We decided to go to Vernal, Utah and see the dinosaur museum with Bayli. due to our truck breaking down we never got there. but it was surely an adventure! that's what birthdays are about anyway right? adventures and testing your limits? well, i guess because we FINALLY got our truck back last night after it was in the small town mechanics shop for over a month i can write about it now and not have an anxiety attack. :)


The Camping Trip From Hell
it started out with garrison planning on leaving work early so that we could get a head start, he got home around 3, then got phone call after phone call from co-workers stressing out without him, so he had to work from home in order to calm everyone's nerves and finish helping with their project, so after that and packing, and hooking up the trailer... we left late. but, the drive wasn't bad. the scenery was breathtakingly beautiful because the sun was setting as we were driving through the canyon with the changing leaves on the aspen trees. we got to a small town called Duchesne which was about 40 miles away from Vernal when Bayli started acting tired so we just pulled off into a small neighborhood of vacation homes/cabins and parked on the side of the road. luckily no one drove by us that night or we totally could have been in trouble. it was here that we celebrated Garrison's birthday, opened presents, blew out candles, that kind of thing. i surprised him by making his mother's recipe for birthday cake which luckily handled the ride perfectly and he was so surprised when we pulled it out to eat at our trailer table for our first meal. :) 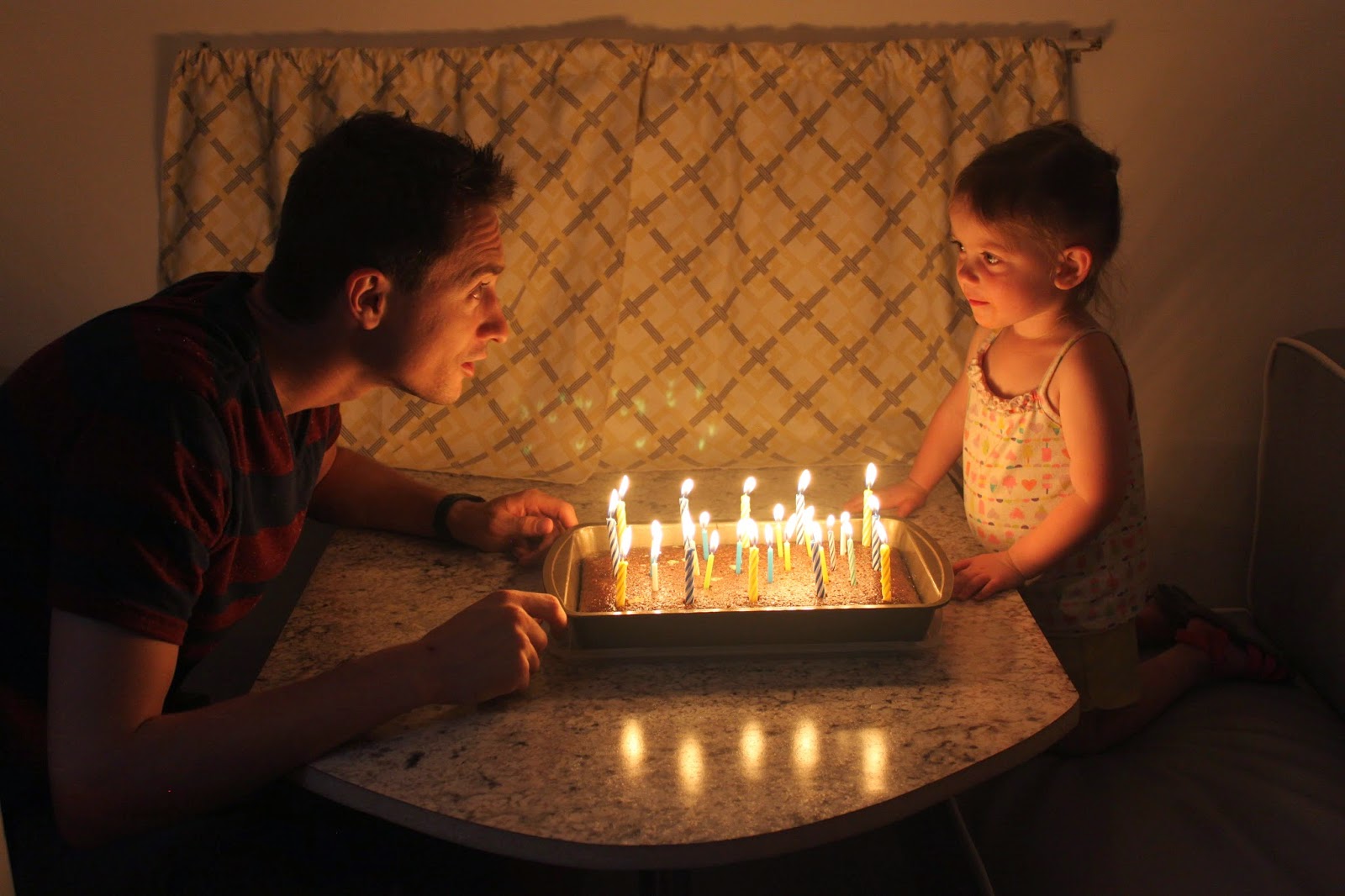 then we cleaned up, put the table down and made bayli's bed. while she slept we put our headphones in and watched a movie in the dark on our bed excited for the morning when the rest of our adventure would begin. the next morning we played around for a bit, bayli found a lizard that was still too sleepy to run away from her. after breakfast we loaded everything back up and started towards Vernal. 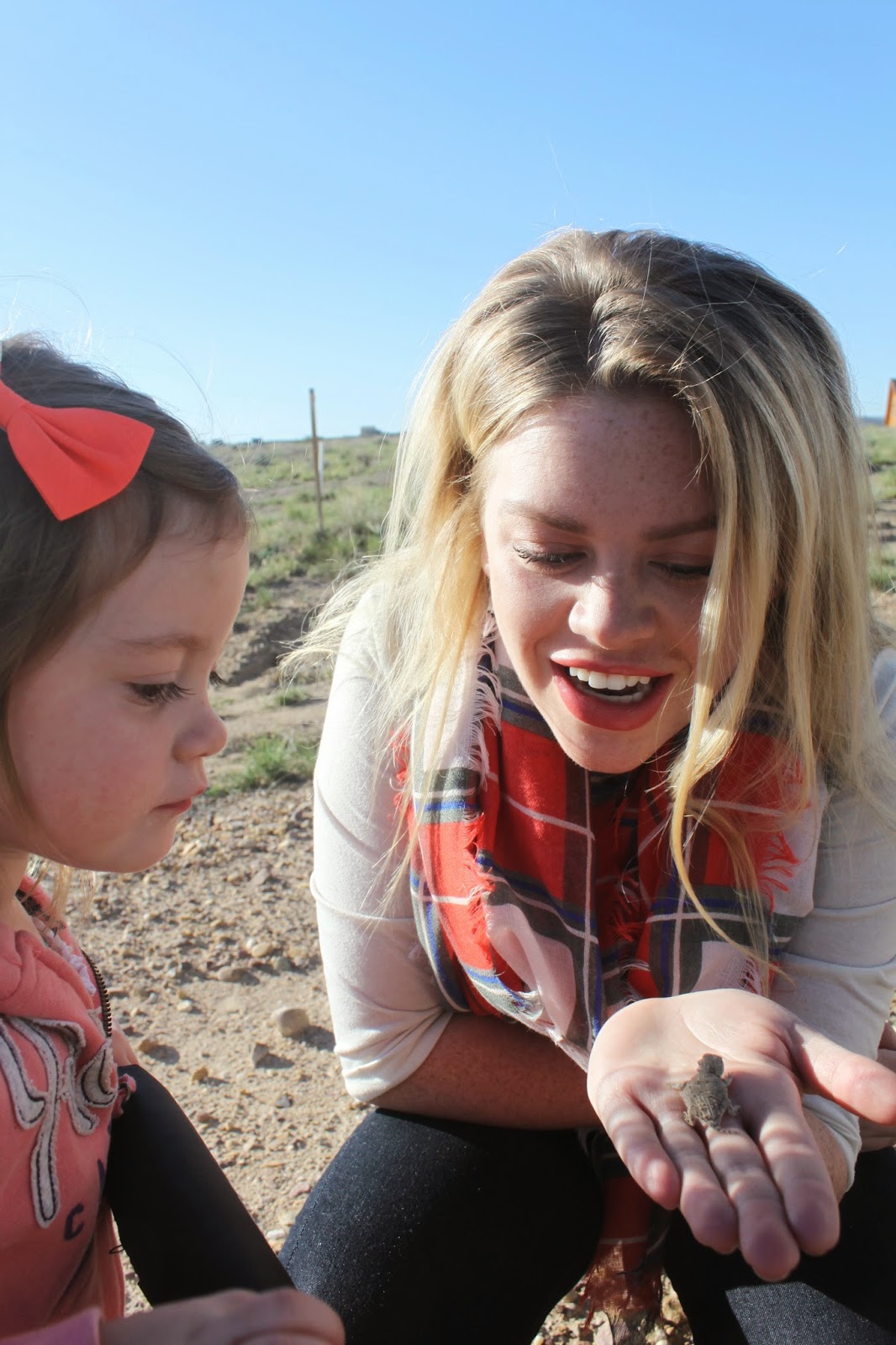 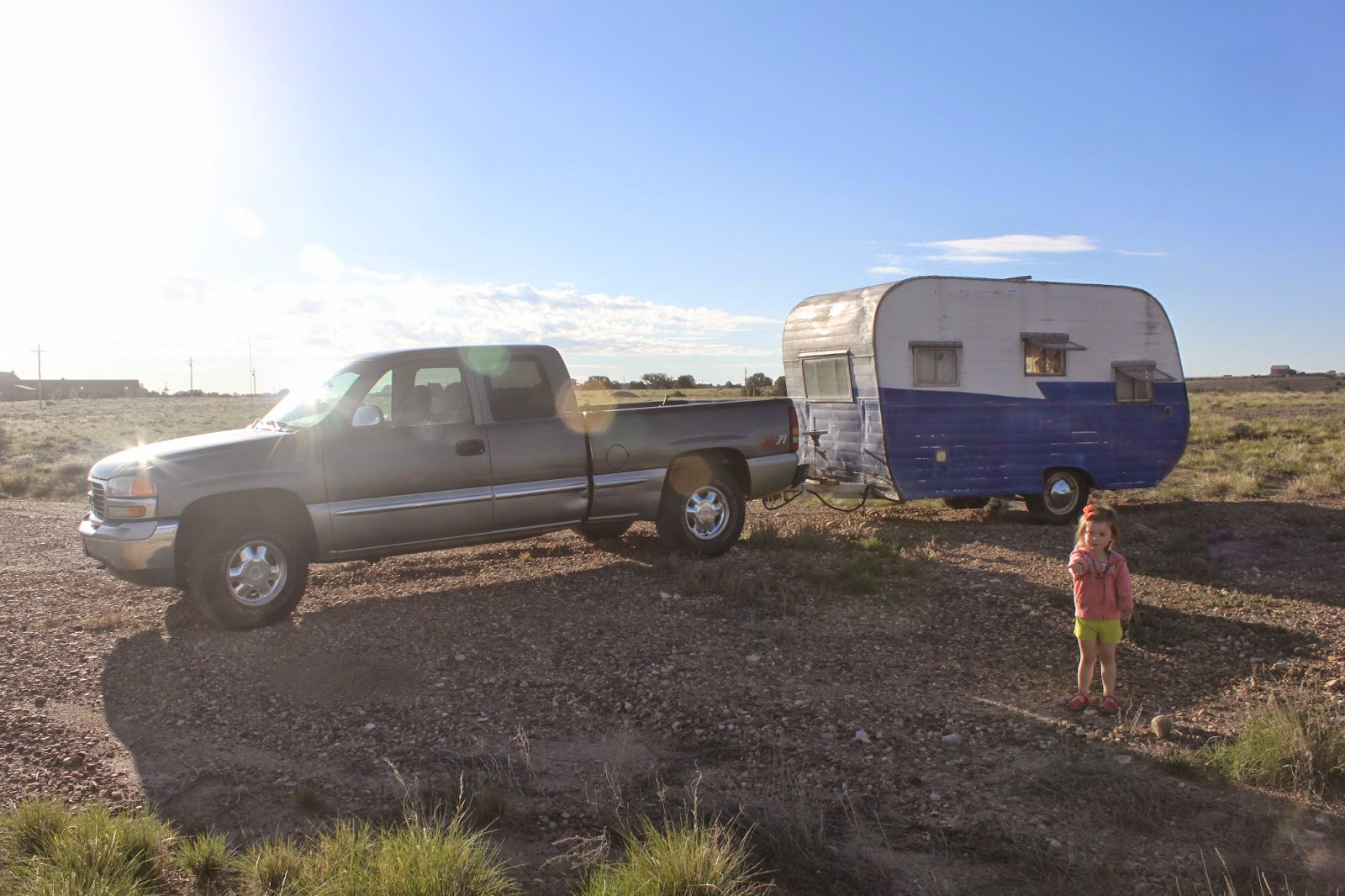 we got to a small town called Roosevelt when the truck wouldn't shift gears. so we pulled into the mechanics shop and hoped it wouldn't cost too much or take too long to fix. he said the issue would probably be fixed within an hour or two. so we went to the town's library which was in a double wide trailer, which was next to the old library which was now their fire station. and then walked back through the town to the shop hoping for good news. well, it wasn't. the mechanic said he was going to try replacing one more part, but if that didn't work then it meant the issue was the transmission. after replacing that part failed we were informed that in order to get a new transmission it would need to be shipped from salt lake city which was a few hours away and it would need to be replaced in the morning after it had been overnight shipped. so, we ordered the transmission hoping that we would be able to finish our trip and go see the dinosaur museum the next day after the transmission had been replaced. we spent the rest of the night with our camp trailer parked in front of a church. we went to the park which was across the street (which was nice because we had to use the park's restrooms since our camp trailer doesn't have a toilet) We watched more movies and tried to not look too suspicious to all of the townsfolk that couldn't help but stare at us in our situation. camping in the middle of their town. 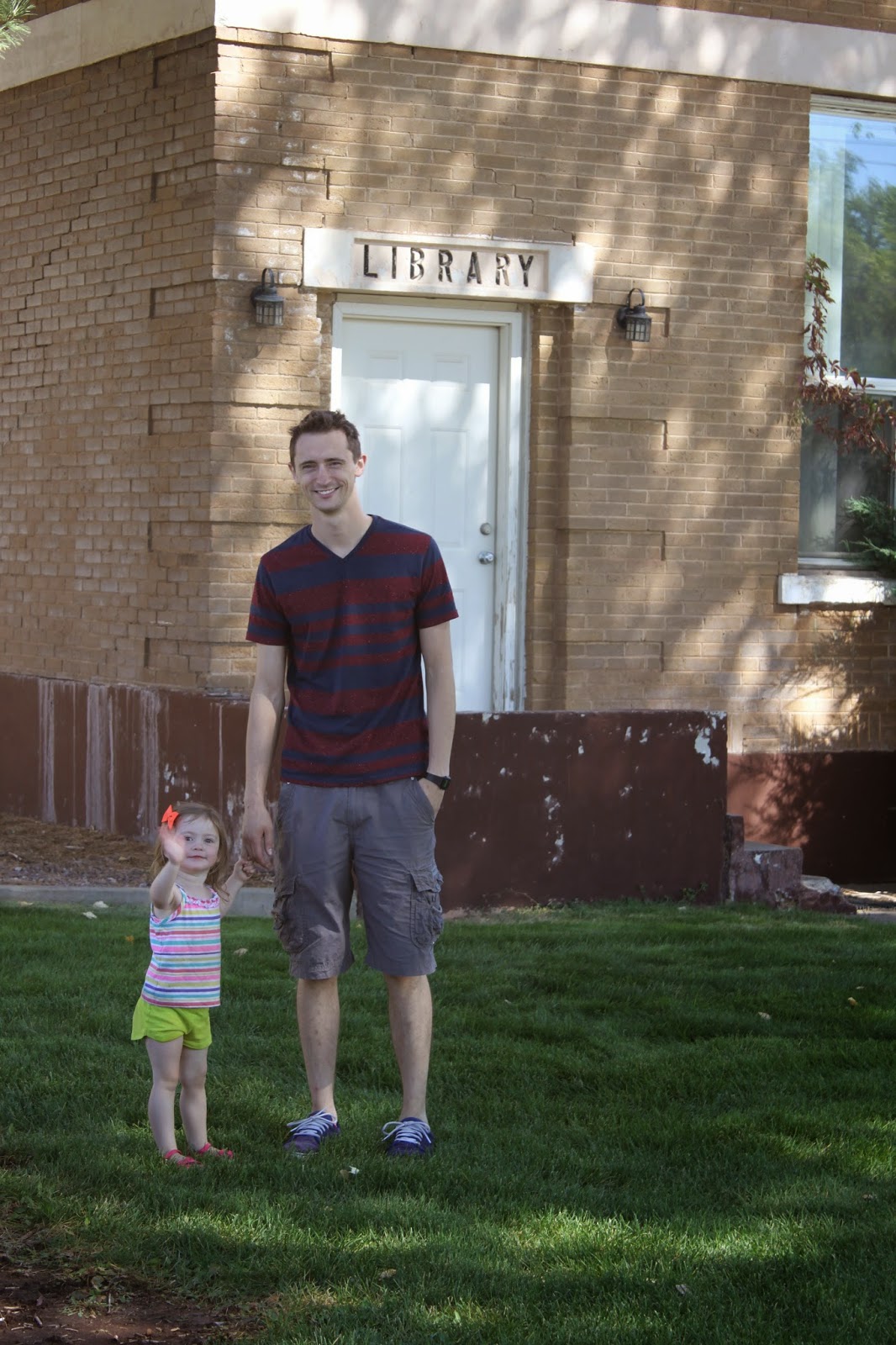 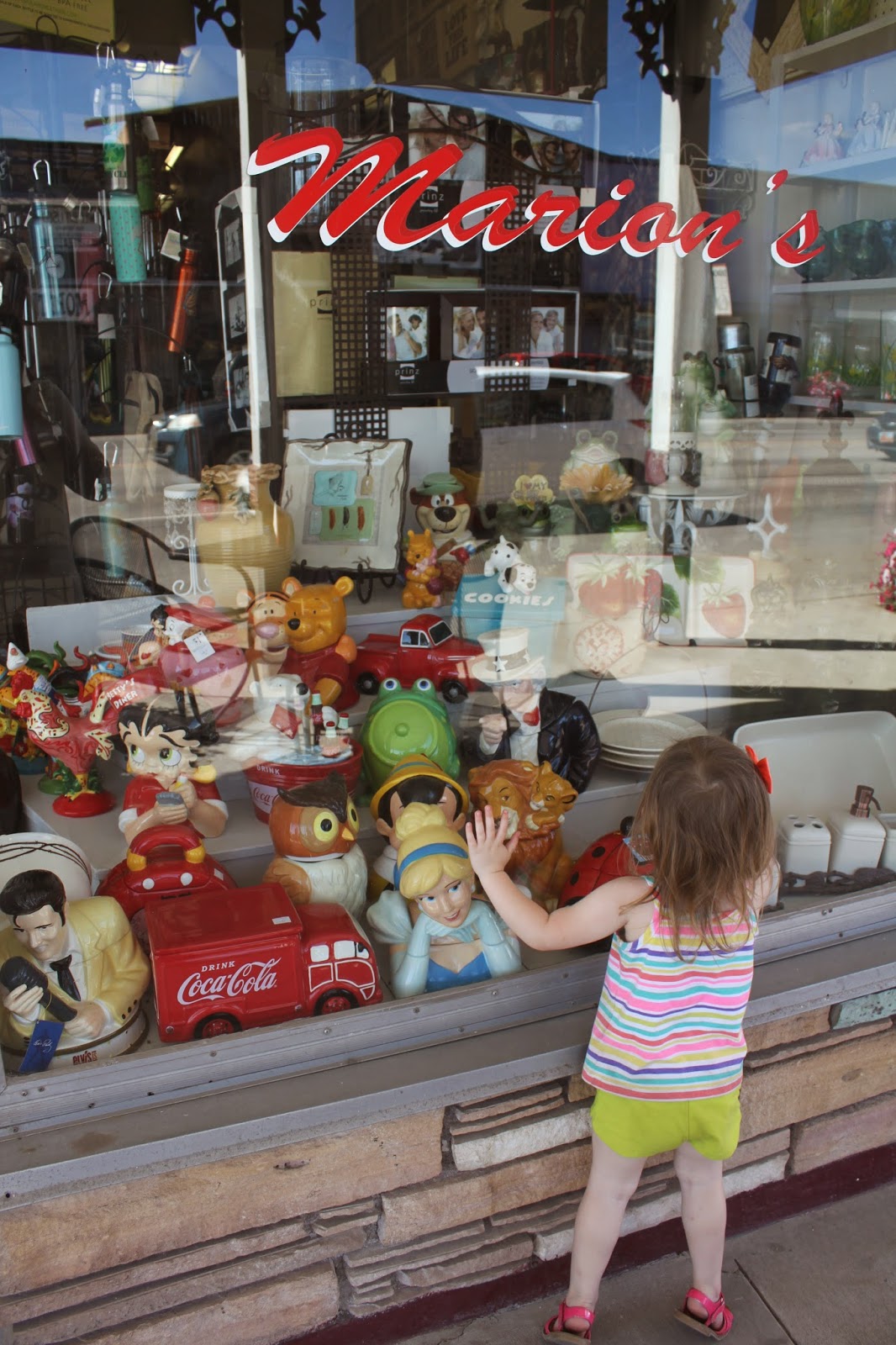 well, the next morning we went over to the shop to see if the transmission replacement worked, they had gotten the transmission, but apparently the one they sent was bad so, we had to have my parents come get us and tow our trailer home, by the time they got to us it was too late to finish our trip and reach vernal which was only 20 miles away, because the dinosaur museum had already closed. there were many more things that went wrong on this trip, but for the sake of not turning this into a completely negative post, we'll just leave it at that. :) 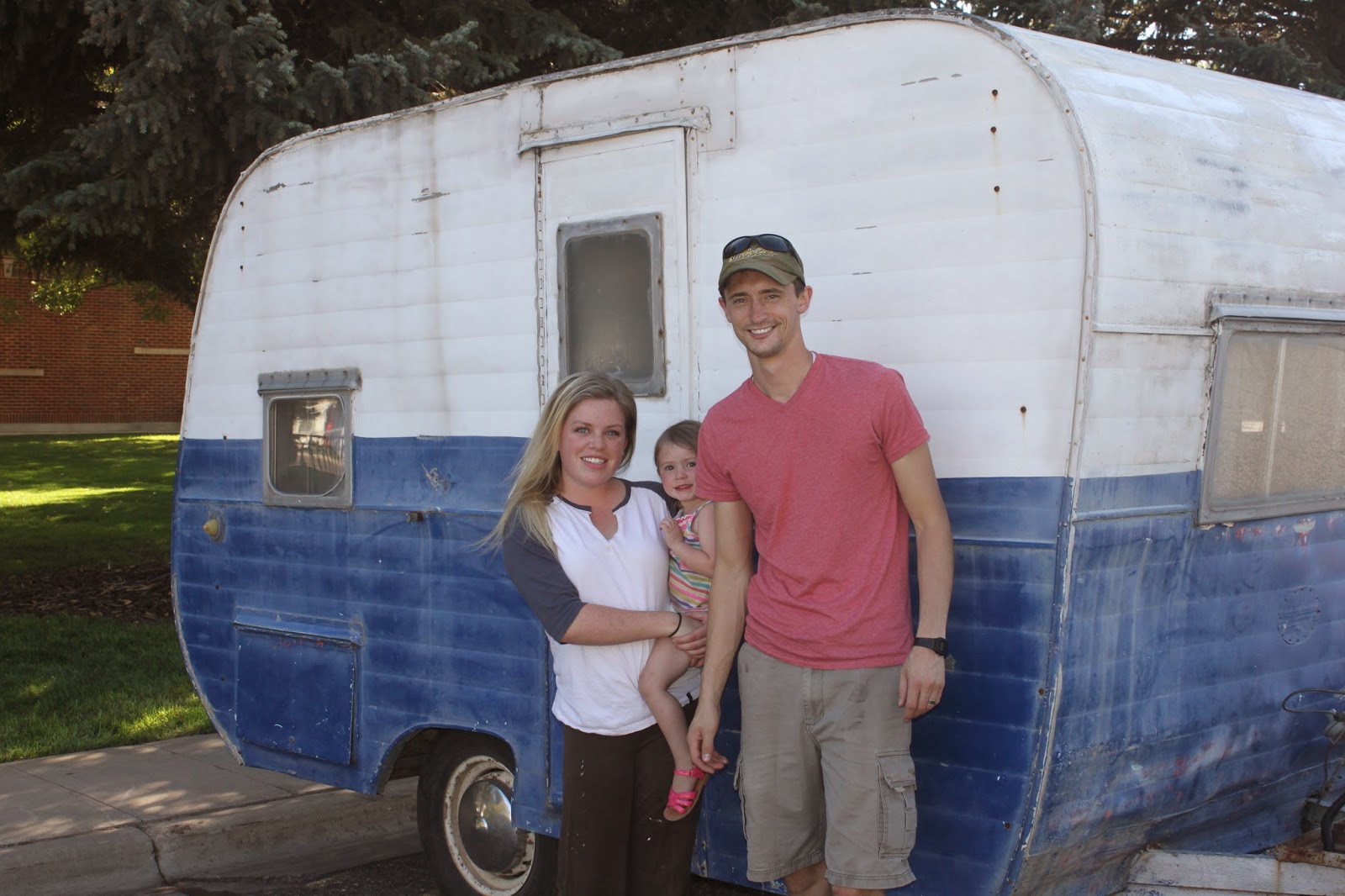 bayli was so confused, the entire weekend we had talked about going to see the dino's and how much fun it would be once we got there. and then all of a sudden we were home. no dino's.

well... fast forward 6 weeks and about 4 more bad transmissions and we finally got our truck back. garrison had to drive the 3 hours there and back in order to go pick the truck up, but oh well, hopefully this means the truck won't have any issues anymore now that we have replaced basically every part (we had to replace the engine when we were remodeling the house a year ago) i guess only time will tell. but, either way. we'll just go to the dinosaur museum that is just 15 minutes away instead next time. we have officially made a vow to avoid the town of Roosevelt at all costs. it's like our own personal kryptonite. but.... HAPPY BIRTHDAY!