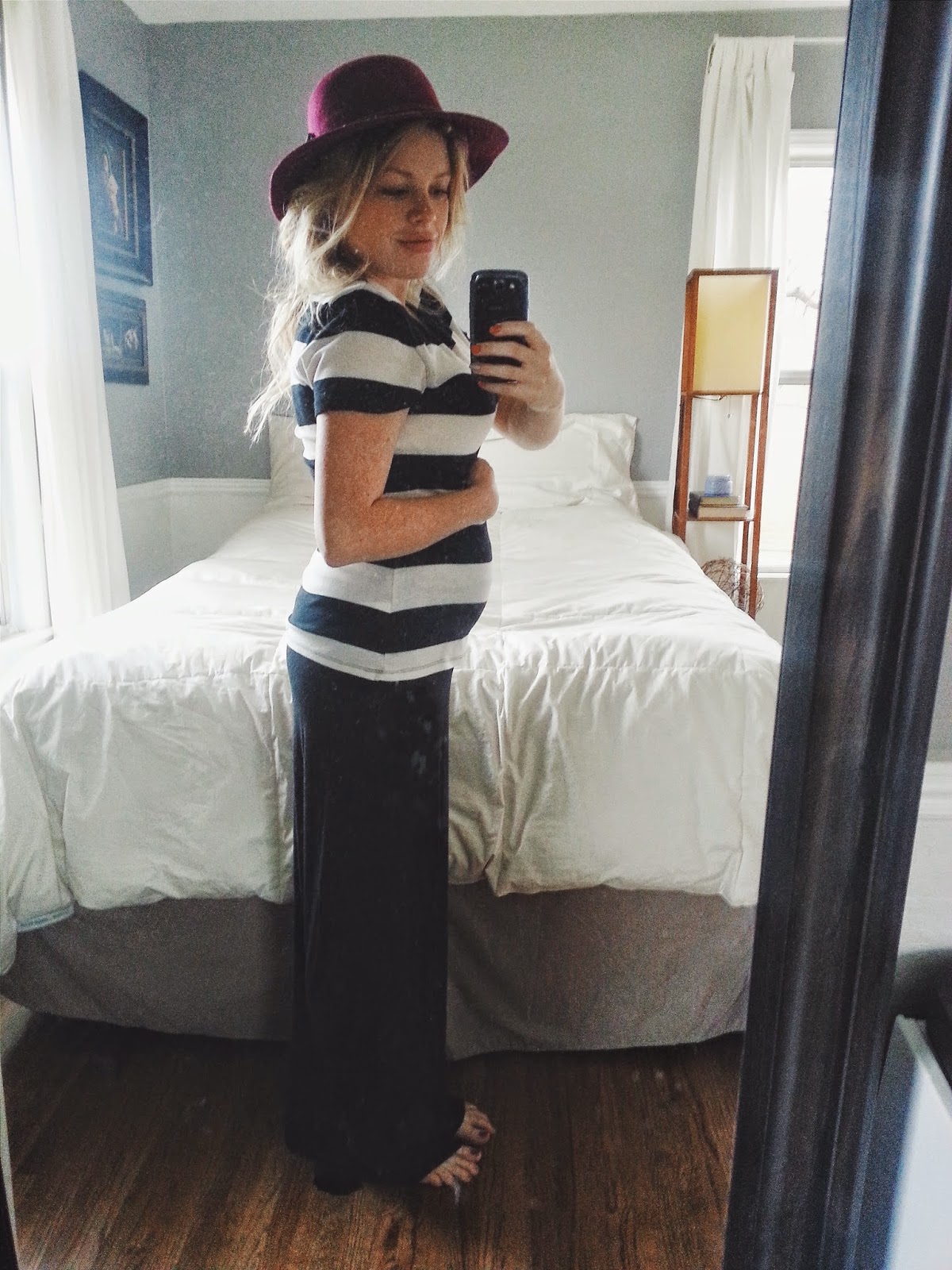 How Far Along: 24 weeks... we went to the dr's today for our routine check up, and we moved my due date back. so... i was originally due on the 7th of may, now it's the 18th. so... even though my last pregnancy update post was at "22 weeks" it was about a month ago. yay for being confusing, and yay for having to wait another two weeks to meet our little one.

Food Comparison: size of an ear of corn

Maternity Clothes?: nope, but there is for sure a baby bump! even my big baggy shirts won't hide it anymore.

Sleep? sleep has been great. it takes me a while to wind down at the end of the night, i can't just crash into bed like i used to. but sleep has been so nice.

Movement? she's so strong! i just recently found out that with bayli, the placenta was right in the front of my belly, so i wasn't feeling her movements as much as i am with this baby girl. i can just watch her move beneath my shirts, which didn't happen with bayli until around 32 weeks. at night i have to be patient and wait for her to settle down before i can fall asleep, if not it would be like trying to fall asleep with someone constantly tapping you on the shoulder!

Gender? Girl. for sure. we did another ultrasound today and are positive!

Lactating? yup. i started about a week ago, mostly just at nights. im gonna have to start wearing a breast pad to sleep soon.

Food Cravings? none. literally. i'm back to not wanting to eat anything. not because of nausea, but instead because i know that contractions will probably start after eating like usual.

Labor Signs? still contracting pretty frequently. it's not every single night, but 5 out of 7 nights a week i'd say. they are still about 15 minutes apart, and will calm down once i rest, so unless they start getting less than 10 minutes apart, and won't stop even after relaxing then i need to go in to the hospital.

New Info From Doctor? we were worried about her size, and the location of the placenta. after the ultrasound today, we can proudly say that her placenta has moved 4 cm out of the way, and it looks like it will continue to move out of the way as she grows! yay! also... she's still measuring small, but we just moved the due date up and are going to let nature take it's course. the dr said shes not continuing to decline in her growth compared to other babies so he's no longer worried. i started randomly "seeing stars" which is an indication of high blood pressure, which is what caused them to induce me early with bayli, so we are going to keep a close eye on that, and hopefully it doesn't get worse.

when we were at the ultrasound appointment today we had the coolest experience! i came in at 8:30 which is when i would usually still be in bed, but the technician started doing the measurements, and checking things out and the baby was being so still and letting her do her job very easily, then when the time came to look at her profile, she started waking up, we watched her yawn and stick her tongue out just like bayli would do as a new baby, and then rub her eyes, and then she started kicking and punching and moving around like usual. it was just so sweet to watch her do something so... newborn still inside the womb.

Here's the link to when i was 23 weeks along with Bayli for comparison's sake.